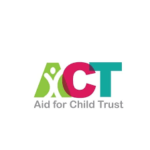 The Aid for Child Trust (ACT) is a non-profit organisation founded in September 2015 in India that envisions “a world where every child lives in dignity”. Their mission is to solve the problems of poverty and human rights violation around the world by ensuring a lasting change to the lives of project beneficiaries. Currently, they have education projects in Noida and Bihar in India and emergency food assistance projects in South Sudan.

They require volunteers throughout the year and here is an opportunity use your skills and enthusiasm for those who are in need. Volunteer with Aid for Child Trust in their education program for schools to help them get quality education. Aid for child trust is giving spoken English classes to under-privileged children.

They require volunteers who are fluent in English language to take classes for children.

Duration: 1 hour per session for 3 days in a week

If you are staying around Noida willing to help with the education of children with a fluency in English, volunteer with them.

For more information about Aid for Child Trust, Click here!

Kindly fill up the form given below:

2018 will be the tenth year of Daan Utsav also known as Joy of Giving week, which is celebrated in India every year from October 2-8. A platform that brings together people from different walks of life and unites them in the act of giving. In 2017, over 60 lakh people across 200 cities participated in this event which included over 1000 companies, 1000 NGOS and the organisation of over 1100 events across the nation. Who can take up this Internship

Apply for the internship now, if you are interested. For queries reach out to [email protected]

Bhumi invites you to volunteer for Cool Runners Half Marathon 2018. The proceedings from the marathon will be used to build a school in a village.
Date: February 4, 2018
Reporting Time for Volunteers: 4 a.m
End Time: Before 9 a.m
Location: YWCA, Nandanam, Chennai | Map
Register below and invite your friends. Upon registering, you’ll receive an email confirmation within 2 days.
Volunteers will be given a volunteer t-shirt, a certificate and breakfast post the run. You will receive more information closer to the race day.
[googleapps domain=”docs” dir=”forms/d/e/1FAIpQLSfObrqltU5GGMmItJI3Rzo52usLQQFFcCI2DxlYHqXStgoxzA/viewform” query=”embedded=true” width=”100%” height=”2400″ /]
Bhumi invites you all to the Vettuvankeni Beach Clean-up jointly organised by Bay Watch Farm Plot Owners Association and Bhumi.
We all should have one common goal, ‘cleanliness’, which eventually leads us to a healthy environment. Ocean trash is a serious pollution problem that affects the health of people and marine lives. Trash on the shore can affect the local marine life like Turtles that usually hatch their eggs between December and March every year.
Do sign up below and join us at the Vettuvankeni Beach Cleanup this Sunday with your family and friends. All are welcome.
Date: January 21, 2018
Time: 6 a.m to 8.30 a.m
Location: Vettuvankeni Olive Beach, Pandian Salai, Off ECR | Map Link: bit.ly/Vettuvankeni-Beach
Our volunteering activities are strictly plastic-free; we use cloth gloves and props for clean-ups. Water for the volunteers is provided in steel glasses and utensils. Please carry cloth bags and avoid using plastics.
[googleapps domain=”docs” dir=”forms/d/e/1FAIpQLSf3jmjqy5KFBsNXpSQtgSy2e4Fdcr6UUlkMTNnyT3Iki9YwUw/viewform” query=”embedded=true” width=”100%” height=”1500″ /] 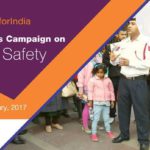 The time of the year is back! Bhumi partners with CII for [email protected] National Volunteering Week (NVW) which envisions what India should be in its 75th year of independence and seeks to bring everybody together in order to create an eco-system for structured volunteering in India.

We are going to celebrate [email protected] National Volunteering Week (NVW) for the fourth year in succession from 18 – 24 January, 2017. This time during the week, lets take the pledge #IforIndia by volunteering for Road Safety  Awareness in Bhuvaneshwar!
Sign up below and let’s volunteer to make India, an accident free nation ! The time of the year is back! Bhumi partners with CII for [email protected] National Volunteering Week (NVW) which envisions what India should be in its 75th year of independence and seeks to bring everybody together in order to create an eco-system for structured volunteering in India.

We are going to celebrate [email protected] National Volunteering Week (NVW) for the fourth year in succession from 18 – 24 January, 2017. This time during the week, lets take the pledge #IforIndia by volunteering for Road Safety  Awareness in Thrissur!
Sign up below and let’s volunteer to make India, an accident free nation ! The program is rooted in the belief that as a nation it is important to develop a cadre of leaders exposed to the complexities of bringing change in social and public systems. The Gandhi Fellowship Program is designed to provide you with the opportunity for personal transformation through self-discovery and thereby, contribute to the causes surrounding you.

We have attached detailed prospectus for your reference

Please do look through the videos for glimpses on our efforts at development:

Gandhi Fellows Aditi, Harsha and Shreshta started a project to find mentors for drop out slum children. Their project was covered by NDTV APPLY AT THE FOLLOWING LINK: http://apply.gandhifellowship.org/

Volunteers are amazing people. However, as with any group of people, some volunteers can be a time-drain on your organization, requiring much more one-on-one attention than others donating their efforts. In a word: “high-maintenance.”

This may come in many forms, such as dropping in unexpectedly to see if there are volunteer opportunities or calling to confirm the date and time of their next volunteer date.

Let’s take a closer look at how to deal with volunteers who seem to require more of your time than others.

A Sticky Situation
So how do you handle this type of volunteer? It goes without saying that time and staff are at a premium at most nonprofits, so hand-holding those individuals is counter-productive. On the other end of the spectrum is “firing” a volunteer, but that is a worst-case scenario, which could lead to some negative publicity for your organization in the process. The good news is that there are options in between that just might save the day. Below we offer our best advice to volunteer coordinators for managing high-maintenance volunteers.

Keeping Your Sanity
Although the end result is the same, leading to lost time and frustration, there are actually various reasons why these “needy” volunteers may behave the way they do. Here are some questions to ask yourself to assess the situation and hopefully make it work better for everyone:

High-maintenance volunteers don’t have to stay that way. Evaluate what’s really going on in each case. Many times it’s just that a volunteer’s expectation hasn’t been met in some way and a small change could make all the difference. Spending a little more time in training, learning more about motivation to volunteer, and/or automating registration and communication can save countless hours and headaches in the long-term.

On 2 October, as Daan Utsav 2015 kicked off, a friend of mine texted from the Tata Memorial Hospital (TMH) in Parel, Mumbai. He had joined a group of more than 100 people who were celebrating the festival of giving; each had cooked and brought food for four-five people. “There’s not enough food, and it would be much easier if we served khichdi or something like that,” he said, “but great learning for my wife and I for the next time.” He also spent time talking to some of the people living on the pavement, to understand their stories better.

Nearly 500 families sleep on the pavement outside the hospital on any given day—families from rural areas who have come to Mumbai because someone in the family has cancer and is being treated for free. However, given how chemotherapy cycles work, many of these families need to live in Mumbai for a few months. Most are broke, given that they lose income for the months they stay in the city.

Till a week ago, my friend, a senior corporate executive, was probably not aware of this situation. Or even if he was, he knew of it as a statistic we routinely encounter: X% of children in class V read at class II levels, Y% of cancer victims can’t afford the costs of care, etc. These are facts that we are fully aware of, and eventually inured to.

But having gone there, and seen first-hand the plight of these people, chances are that my friend will think differently now about the need for public healthcare. As his family and he make repeated visits to the TMH pavements, and as he starts thinking about engaging in other acts of philanthropy, his views on public health policy will hopefully be formed more from empathetic experience than statistical charts. And their understanding of what exactly equity means, in human terms, would be deepened when they look at the growth-equity trade-off.

Over the last 15 years, I’ve seen hundreds, if not a few thousand people, begin to change their beliefs, values and behaviour once they “put a face to the data”. People who have visited and spent days with those displaced by “development” seem to rethink the kind of development we need. Seeing drought-affected areas changes attitudes to personal water consumption and spending a day at an orphanage or school for the mentally challenged gets people to change how they bring up their own children.

Invariably, giving increases, engagement with one or more causes deepens, and this eventually affects how they look at various “policies” in their capacity as citizens.

This engagement, when seen at an overall national level, will eventually create more favourable (or unfavourable) environments for government action in certain areas. And the impact of that will be huge.

Even with the new 2% corporate social responsibility (CSR) rule, a push for greater giving by our high- income individuals, and even if we succeeded in increasing “giving levels” from the current 0.4% of GDP to 2%, the total philanthropy spending would still be less than a tenth of what the Union government spends on welfare.

If we, the citizens, get more involved in how that money is spent by shaping policy, that alone will have far greater impact than any individual monetary contribution we make.

Peter Drucker, a management consultant, educator, and author, said that the purpose of philanthropy, more than the change created directly by the resources given, lies in making each one of us “a citizen who takes responsibility, a neighbour who cares”.

As India embarks on a renewed journey to give more, we need more and more people to put the heart back into philanthropy—not just write cheques, but visit, volunteer, engage and get involved with different social issues because that is what will transform each of us and, in turn, transform the nation.

Venkat Krishnan is co-founder and director of Educational Initiatives Pvt. Ltd. He is also founder of GiveIndia, and one of the volunteers who evangelize DaanUtsav.